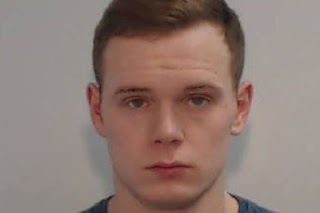 Don’t allow your shadow present itself to your present, else it will become devastating experience. Think of it as you read through.
A depraved soldier told police he carried out an horrific sex attack against a student ‘because she remind him of his ex who had dumped him.’

According to Mirror, Jack Kelly, 23, stalked the student through the streets before pouncing on the lone 19-year-old from behind and carrying out his sick attack.

He later told police “It should have been a bloke, but they don’t wind me up as much as cocky girls.”

The young woman bravely fought back during the attack, but he took her to the floor and punched her in the back of the head.

Telling her to shut up, he slammed her head into the pavement five times, choked her and sexually assaulted her, before her screaming alerted witnesses who rushed to help.

A student ran to the victim’s aid after she heard her shrieking from her room in halls of residence.

She described it as “the worst scream she had ever heard”, and feared a rape was unfolding as Kelly dragged the teenager across the floor. Continue with the STORY
Source: Mirror