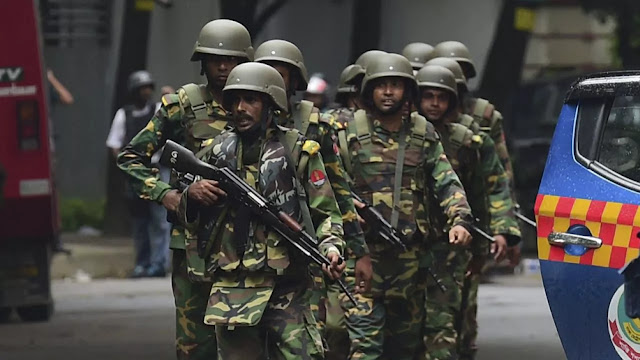 – A former Bangladeshi lawmaker has been sentenced to death for a crime he allegedly committed during the 1971 war of liberation from Pakistan,

Sakhawat Hossain, a former Bangladesh Jamaat-e-Islami party lawmaker, was sentenced on Wednesday, August 10, 2016 for killing, raping and maiming civilians during the war, The New Indian Express has reported.

Prosecution lawyer, Ziad al Malum, confirmed that a special tribunal handed down the death while the judges also sentenced seven others to life in prison. Six of the seven were sentenced in absentia.

Hossain was said to be a member of the central committee of Islami Chhatra Sangha, the student wing of the Jamaat-e-Islami party which opposed the creation of Bangladesh and assisted Pakistani army to carry out atrocities against civilians, especially in Jessore.

The report further said that he is to be remanded in prison before his death in line with the country’s laws, but his lawyers insist they would appeal the judgement.

The country said an estimated three million people were killed by Pakistani soldiers, aided by local collaborators while the war lasted.

The tribunal was established in 2010 by Prime Minister Sheikh Hasina and it has convicted 34 people with 21 sentenced to death, 12 to life imprisonment while five top leaders of Jamaat-e-Islami, have reportedly been executed according to judgements against them.

The party claims the tribunal is aimed against political opposition but the government has said this is not true.