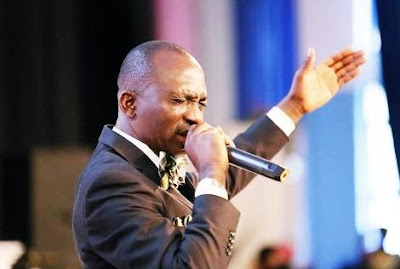 
SCRIPTURE:
For thou, Lord, wilt bless the righteous; with favour wilt thou compass him as with a shield. – Psalms 5:12

THOUGHT FOR THE DAY: To have Divine favour is to have life.

Divine favour is the birthright of the righteous. If you are a born again child of God, you do not need to beg to be favoured. You are to exist as a mobile favour.
Now, why is it necessary to be a carrier of Divine favour? Divine favour is a necessity because it guarantees Divine preservation.

From our anchor Scripture, we see that favour is like a shield of defence. In Esther 5:2, we see that according to the custom of the Persian Empire, anyone who visited the king without an invitation was to be put to death, but Queen Esther visited the king uninvited and was preserved. This was because she obtained favour in the sight of the king.

So, favour gives a person the mystery of exemption from destruction.

Also, Psalms 30:5 says “For his anger endureth but a moment; in his favour is life:…
So, to have Divine favour is to have life. A person who carries Divine favour cannot be a victim of untimely death.

I prophesy to you, by Divine favour, no devil shall cut your life short before your time, in Jesus’ Name.

Remember this: to have Divine favour is to have life

ASSIGNMENT(S):
1. Make demands on Divine favour upon your life.
2. Consciously refuse to walk in the path of unrighteousness.

FOR FURTHER UNDERSTANDING, GET THIS MESSAGE: THE PRODUCTS AND SECRETS OF DIVINE FAVOUR

PRAYER: O LORD, You are my strong Tower. Let Your shield of favour be around my life, LORD, in Jesus’ Name.

QUOTE: Once a person sins, his defences are broken. Then satan can attack such a person’s life easily. Culled from 15 KINGDOM STRATEGIES FOR SURVIVAL by Dr Paul Enenche.

Does David Beckham Looking Better Than Ever?