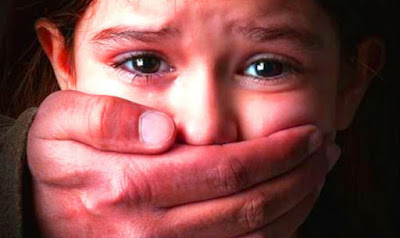 The Katsina State Police Command has arrested a 33-year-old teacher at Nasarawa Annex Primary School in the Faskari Local Government Area of the state for allegedly raping a nine-year-old pupil, Simbiat (pseudonym).

The teacher, Hamisu Galadima, said to be a serial rapist, had reportedly lured the pupil into the staff room sometime in July and raped her.

He was said to have threatened to beat her up if she informed her parents or anybody in the school about the act.

PUNCH Metro learnt that Simbiat later confided in her father, Hashimu Mohammed, who reported the incident at the Faskari Police Division, leading to Galadima’s arrest.

He was subsequently arraigned before a Katsina Magistrate’s Court and was remanded in prison custody while the case was adjourned till September 26, 2016.

A police source told our correspondent that the suspect was being investigated on five other rape cases.

The source said, “Presently, we are having five different First Information Report on Galadima on cases of rape apart from the one he appeared for at the magistrate’s court. He has already been arraigned before three other magistrates in connection with rape cases.’’

Meanwhile, the magistrate court will continue hearing in a rape case against a 50-year-old security guard, Inusa Barau, aka Dan Olo, on September 28, 2016.

The school’s headmaster, Salihu Aliyu, had reported the incident at the Kankara Police Station, alleging that Barau committed the offence at the Kankara LGA guesthouse where he (Barau) worked.

According to the Police First Information Report, Barau had given the victim N400 after committing the offence.

The FIR read, “The victim sustained injuries in her private parts and was taken to the General Hospital, Kankara, where she was examined by a doctor, treated and discharged.”

The police said Barau confessed to have had sex with the victim twice.