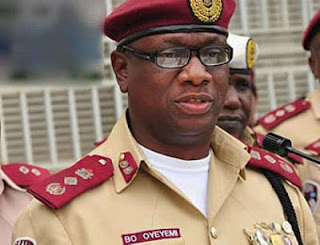 The Federal Road Safety Corps (FRSC) will on October 1st commence the enforcement of use of speed limiters on all commercial vehicles nationwide. Corps Marshal of FRSC, Boboye Oyeyemi announced this during a meeting held at the FRSC National Headquarters Abuja yesterday August 10th with stakeholders from relevant government agencies and road transport unions in attendance.

According to Oyeyemi, the enforcement will be total and non-compromising. He recalled that the initial date set for the commencement of enforcement of the law was 1st of June 2015 but that the date had to be extended to allow for further consultation and more public enlightenment programmes, especially since the period fell within the same week that the present administration was inaugurated.

He called on stakeholders to take the new date with all seriousness.
“It is our hope that with the 1st October 2016 enforcement date approved by the President, relevant stakeholders would join hands to make the implementation successful” the Corps Marshal stated.