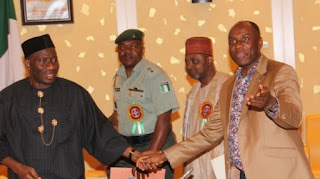 The Fact as claim by Rotimi Amaechi, Transport Minister:
In an interview with Osasu Igbinedion, after the launch of the Kaduna-Abuja railway line, Amaechi said Nigeria was generating 7,000MW of electricity before the resumption of militant activities in the Niger Delta region.

“Don’t forget that until these so-called Avengers began to bomb, we had got to 7,000 megawatts, and what he promised was ten at the end of the first term,” Amaechi had said.

“By the time the avengers, or whatever they call them started bombing, the minister of power, had driven the thing to 7,000 megawatts. Unfortunately, they began to hit the gas facilities, so what would you do?”

Contrary to Amaechi’s claim, TheCable can confirm that Nigeria has never generated as much as 7,000MW in its entire existence.

Electricity generation in Nigeria is said to have begun under the British colonial government back in 1896, while the Nigerian Electricity Supply Corporation (NESCO) came on board in the late 1920s.

Ignoring the above, and tracing our records to 1960, when Nigeria got her independence, the government said, in a memorandum of understanding signed with the United States government, that it had built power plants to generate about 6,000 MW of electricity by 2014. NERC data shows the government fell short of its projection.

According to Wall Street Journal, which quoted the World Bank and Energy Information Administration, Nigeria produces less than half as much electricity as North Dakota for 249 times more people.

Meanwhile, the federal ministry of power, has said the highest level of power generation in the country, in the space of over half a century, was recorded on February 2, 2016, when the country generated 5,074 MW.
Source: TheCable

Funny Throwback! Ben Murray-Bruce is taking us back to 1974