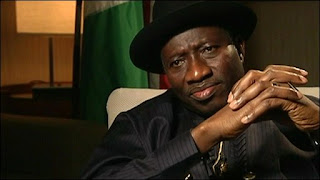 According to Daily post, Militant in the region planning for declaration of Niher Delta Republic was on monday cancelled their plan and it was credited to the former president, Dr. Goodluck Jonathan. The militant group said its decision was not based on selfish interest and applauded Jonathan for his move to stop the declaration.

The group in a statement through General’ Edmos Ayayeibo who is the spokesperson had ordered Yorubas and Hausas out of the Niger Delta region and called on Niger Delta people to return for the declaration. Daily Post however reports that the group in a statement on Sunday, July 31 said it had cancelled its planned declaration and credited former president, Goodluck Jonathan and other top Ijaws for the move.

“We received calls from prominent leaders like Dr. Goodluck Ebele Jonathan, Mrs. Ankio Briggs, Chief. E. K. Clark and especially King Alfred Diete Spiff calling on the freedom fighters to abort their mission to declare Niger Delta Republic.” The group said its motive was not selfish and said it cancelled the declaration following appeal from leaders from the region.
Continue reading on naij.com