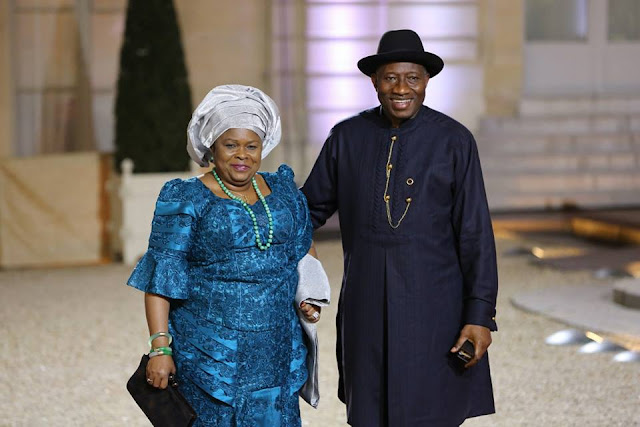 – Emerging story surrounding Former President link with Militants
Last August 7, Jonathan denied having any links with NDA, restating his commitment to the nation’s unity. Despite his denial, ex-President Goodluck Jonathan has been allegedly fingered in the formation and activities of the Niger Delta Avengers (NDA). These are the basic points of intelligence report, already made available to the Presidency but which is still being studied in other to begin investigations on the former president and his wife.
A break away group from the notorious militant group known as the Reformed Niger Delta Avengers had last week released a statement indicting the former President and other prominent Nigerians like Raymond Dokpesi, Peter Odili, Nyesom Wike, Olisa Metuh and others as sponsors of the militant group. They have all since denied the allegation.

According to Premium Times, a source within the Presidency said preliminary investigations indicated that some of the oil installations that were attacked in the Niger Delta had actually been mined while President Jonathan was in power, just before the 2015 election, by some of the militants and operatives known to be very close to him.

“The mining was meant to be a “Plan B should they be removed from Aso Rock. The plan then was to cause confusion if the 2015 presidential election did not go as expected, in favour of the then incumbent. However, when the former president surprisingly conceded the election to President Mohammadu Buhari, according to the source, there was both disappointment and confusion in the camp of those who had designed the plan, causing a suspension of the whole agenda. But by February this year, it was learnt, the plan was reopened as several of the backers were getting investigated on different corruption cases. Mr. Jonathan himself was concerned that himself and his wife could be prosecuted, including on money-laundering charges where investigators said evidence against the wife has already been amassed. It was at that point that the bombing activities under the banner of the Niger Delta Avengers started. Even the former President himself had been reported while on a foreign trip as saying he knew he was under probe. This was after the plan to start the bombing had become fully operational according to intelligence reports” “After the Plan B was restored, the ‘militant operatives’ who mined the oil and gas installations only had to arrange for how they would be detonated at a distance at the wish and timing of the NDA, their backers and sponsors said to include the former president, his wife, Government Tompolo, Mr. Kinglsey Kuku and Olisa Metuh among others.

While Answering some questions the source added that;
The mining was done by some of the militants that the previous government had trained under the amnesty programme, and those who acquired the needed expertise, besides their knowledge of the Niger Delta creeks and terrain. Experts working with the federal government are now said to be working to determine how to discover if there are still many more oil and gas installations that have been mined and explore the best means of demining them.” The source added that the attacks on the pipelines in the Niger Delta started so that the Buhari-led administration will seek a political solution to the anti-corruption war and private investigations of the Former President, his wife and other political associates “The game plan of Mr. Jonathan and his associates backing the NDA was to cause enough economic damage in order to force the Buhari administration to pursue a political solution to the corruption cases on which investigations were already advancing against them. This is to avoid prosecution and the attendant unprecedented shame of having a former president go to jail”.