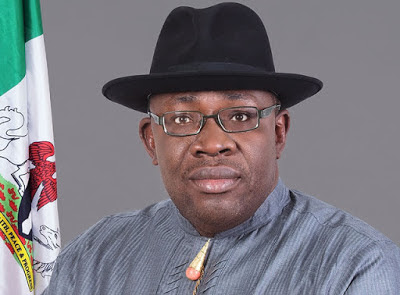 As earlier published the Government House Accountant in Bayelsa State, Ritchie Etonye, said he was not at home when a team of policemen numbering about 50 invaded his house on Wednesday, August 24, 2016, and therefore could not have absconded.
He also said that contrary to reports, no money was found in his house while, “it is not true that any money belonging to the governor was stolen.”
Etonye in a clarification statement issued on Sunday night entitled: “Forceful Invasion of My Home – My Story”, said he has instructed his lawyers to sue the Nigerian police and an online portal, Sahara Reporters for damages.
The statement reads:
“My name is Ritchie Etonye of Brass Road, Azibiogbolo, Yenagoa, the capital of Bayelsa State. I am a hard working civil servant and currently work with the Governor of Bayelsa State as Government House Accountant.
“My house was invaded and ransacked on Wednesday, August 24, 2016 by a team of policemen numbering 50 and in the process, valuable property worth millions of naira were damaged.
“I was not in Bayelsa when the incident occurred. In fact I travelled out of the state with the governor on official assignment to Akure where my boss, Governor Dickson was the chairman of the PDP Committee that conducted the governorship primaries in Ondo State before leaving for Abuja for an official engagement.
“Contrary to reports in the media, it is not true that any money belonging to the governor was stolen and clearly I couldn’t have absconded because I was with the governor all the time.
“Upon inquiry on the reason for the invasion in my house, i found out that the police were acting on a false tip-off that I had stockpiled arms and cash in my residence. After several hours of the operation, the police did not find anything  incriminating and they left thoroughly disappointed.
“Expectedly, as part of the plot to incite the unsuspecting  public against the government and my principal, some disgruntled politicians have twisted and concocted their usual falsehood from the police invasion of his house as has been widely reported by Sahara Reporters, an online medium reputed for junk and irresponsible journalism.
“The invasion and online report have caused untold embarrassment to me and clearly it is intended to tarnish my hard-earned image as a reputable Chartered Accountant. I am not client a politician and should not be dragged to the arena of politics.
“Already, I have instructed my lawyers to sue the Nigerian police and Sahara Reporters for damages. For record purposes, I am a peace loving and law-abiding citizen of the Federal Republic of Nigeria and would stop at nothing to clear my name.”