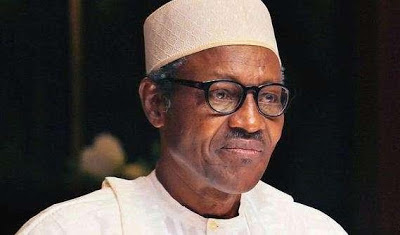 By Afam Nkemdiche [The Guardian Newspaper] On assuming the highest political office in Nigeria on May 29, 2015, Muhammadu Buhari stirred mixed emotions with a curious but much quoted sentence in his inaugural speech: “I belong to everybody and I belong to nobody.” To this day that statement continues to elicit variegated comments from Nigerians. When the new Commander-in-Chief first uttered those words it had struck me as contradictory in terms; how could someone belong to everybody and to nobody at the same time? Perhaps the flagpole tall president had felt the irresistible need to invoke the image of the blindfolded lady with the sword and scale by way of reassuring Nigerians of his impartiality.

Some commentators have said that the statement was politically correct, or appropriate in an inaugural speech. But, as I pointed out in a recent article, political correctness has caused humanity more harm than good. Furthermore, as has been variously said by many a notable personage, inclusive of former U.S. Chief Justice Oliver Wendell Holmes, “An impartial judge is a creature of which this world do[es] not know of…” Every creature has a bias for its species. Therefore, are we to assume that President Buhari is the one exception to this rule? It is necessary to look at the man’s antecedents in order to proffer an objective answer.

Contrary to general perception, Major General Buhari was not the mastermind of the 1983 coup d’état that brought him to national lime light. Major General Ibrahim Badamasi Babangida was. In an interview with Newswatch magazine, Colonel Abubakar Umar (rtd), as one of the “young Turks” of the 1983 coup d’état, said that some of the generals had had issues with Babangida assuming the leadership of the country at the time; they would rather a moderate general like Buhari be installed as the new Head of State. A stalemate then ensued.

At that juncture, according to Umar’s narrative, one of Babangida’s young loyalists burst into the generals’ conference and announced to the startled conferees that Major General Babangida was the only acceptable choice as Head of State to the young officers waiting immediately outside the conference room; otherwise all the generals were as good as dead men. An ever generous Babangida was said to have consequently offered a compromise: he would concede the supreme commander position to Buhari on the condition that he be made Chief of Army Staff with his nominees as General Officers Commanding the Army Divisions(!) Buhari surprisingly accepted those terms, and emerged Head of State in December, 1983.

Major General Buhari thus owed his emergence as Head of State to a tribe of discerning generals who had concerns about Babangida. In less than 18 months the “Evil Genius” closed ranks with that discerning tribe of generals and the Head of State became a sitting duck. Again when, perhaps actuated by a guilty conscience, General Sani Abacha appointed Major General Buhari (rtd) to chair the newly created Petroleum Trust Fund (PTF), Buhari discharged that office as though he was beholden to some power bloc.

The Executive Chairman immediately appointed a hitherto unknown management consultant, Afri-Projects Consortium, which effectively took over the administration of the PTF. Buhari was for all intents and purposes an absentee chairman, while Afri-Projects’ articulate executives literally disbursed PTF’s billions of naira, under a less-than-transparent business regime. No sooner had President Olusegun Obasanjo assumed power in 1999 than he became concerned enough about the business practices at the PTF to abruptly bring the Fund to a close.

After relinquishing the PTF chair, Buhari did little else in public space apart from seek to be elected president of Nigeria. He gave the impression of someone obsessed with the idea; he came short thrice; and succeeded the fourth time round. It was a feat by all standards. As a military Head of State, Buhari hadn’t deemed it worth his while to consolidate his political power base either in the military or the civil society. And when the military president-in-waiting finally sent his “boys” to Dodan Barracks on that fateful morning, Commander-in-Chief Buhari readily relinquished power much in the manner that people discard worthless items.

A certain Igbo proverb says a person cannot learn how to use the left hand in advanced years. Whence, therefore, comes Buhari’s seeming aggressive quest for political power in his advanced years? President Buhari’s antecedents provide the answer, and his unnerving actions and inactions since May 2015 affirm it. Buhari has never been his own man. As in earlier times, he is at present 100 per cent scripted by some faceless persons. It is safe to say that there is now a consensus of sorts on that. However, the question Nigerians should be asking at this time is: Who are these all-powerful owners of President Muhammadu Buhari?

It is of utmost urgency to unmask this powers-behind-the-throne, what with the rapidly declining socio-economic conditions in the country and the burning questions about how to move Nigeria forward. As emerging empirical indices already show, the floating foreign exchange regime recently introduced by the Central Bank is fundamentally flawed on the vital aspects of stimulating local productivity. Therefore, my first question to Buhari’s owners is: What are the credentials of members of Mr. President’s Economic Team?