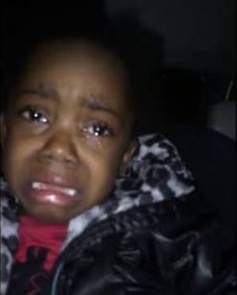 – Wickedness and inhumanity act by 20 years old Timidou Jephther
A 20 year old boy named Timidou Jephther has been arrested by the Bayelsa State police command on the 9th of August after raping a 5 year old girl named Queen Kaiser to death in Akedei community, Sagbama Local Government Area of the state.The suspect was reportedly apprehended and and was beaten by angry community ‎mob after the discovered her body parts behind his house.
‎Spokesman of the command, Asinim Butswat, a DSP, who confirmed the incident said:

The remains of the poor little girl had since been deposited at the Federal Medical Centre for autopsy.

Kim Kardashian Looks Stunning As She Show Off Her Bra