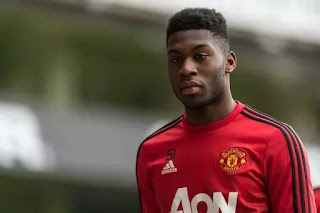 According to The Daily Mail, Manchester United have agreed a new principle long-term deal. The source reports that Timothy Fosu-Mensah has agreed a new contract. The 18-year-old has made his eight EPL appearances under Louis van Gaal last season. And he is one of the few young players set to feature under new Manchester United manager Jose Mourinho this season, as he has impressed the coach.

Despite “the special one” promising a number of youth stars a chance to develop at Old Trafford, numerous youngsters have left the Red Devils this summer.

Do It His Way - Daily Manna Devotional by Pastor W.F Kumuyi