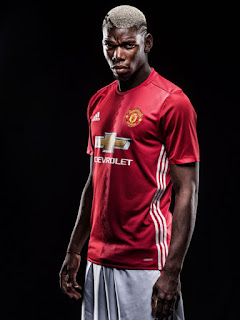 Maybe the destiny of French striker is tie to Old Trafford. As fate may have he returns to the club where was sold. Can history be complete after a huge sign?

Paul Pogba has hailed Manchester United as a ‘special’ club on his return to Old Trafford.

The Frenchman’s move back to the Theatre of Dreams has been officially confirmed and he has penned a five-year contract with the Red Devils.

Pogba has left Juventus to return to his former club after initially leaving four years ago.

United have smashed the world transfer record to secure the midfielder’s services, forking out £90million to complete the switch.

And now Pogba has spoken about the move, insisting United have always held a special place in his heart despite his departure in 2012. Continue Reading