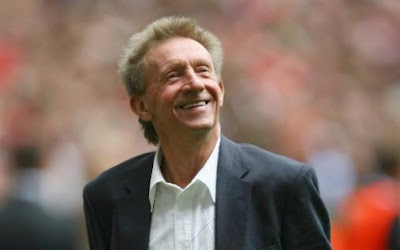 Manchester United legend Denis Law is on the mend after collapsing ahead of a holiday in Menorca. Law aged 76, was taken to Trafford General Hospital after fainting at Manchester Airport but received the all-clear and now hopes to resume his holiday.”I went white and did not feel well at all. The next thing I collapsed while in my seat,” he told The Sun.

“I feel better now, but I’m having tests as it’s happened a few times in the past few years.

“It’s not pleasant, one time I thought I’d snuffed it. Hopefully I’ll be able to join the holiday soon.”

Doctors have attributed the incident to a vasovagal condition in which sufferers faint unexpectedly.

Law, who scored 237 goals in 404 appearances for United, is the club’s third highest goal scorer ever behind Sir Bobby Charlton and Wayne Rooney.

The Scot played for the club between 1962 and 1973 winning the European Cup, two league titles and the FA Cup.