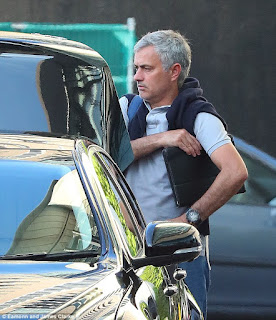 – Manchester United Boss Arrives Back To The Hotel
Jose Mourinho may well be determined to mark his first Premier League match at Old Trafford on Friday night with victory over Southampton, but the Portuguese still finds time to meet his commercial obligations.

Mourinho’s hectic schedule saw him return to his temporary lodgings of the plush Lowry hotel on Tuesday having filmed an advert with his £100 million summer signing Paul Pogba.

The former Chelsea boss was greeted by a member of the hotel’s staff as he carried in a suit after a session in front of the camera with his world record recruit. 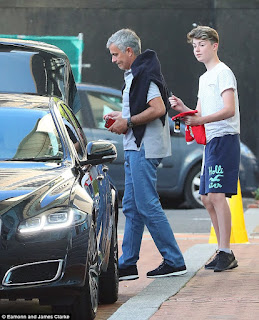 One United fan eagerly awaited the chance to grab an autograph from Mourinho before the 53-year-old headed indoors to recuperate.

Mourinho keeps busy away from the training ground with a plethora of endorsement deals.