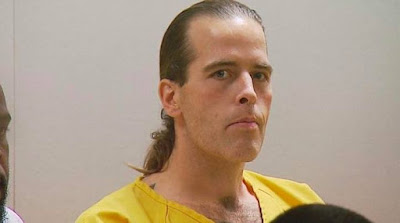 Do not take laws into your hands. And sometimes you need to put your past behind and move on. Let posterity judge.
A self-described “Avenging Angel” Alaskan native, 41 year  Jason Christian Vukovich, has been arrested after allegedly breaking into convicted sex offenders’ homes and brutally attacking them.
According to reports, Vukovich used the state’s sex offender registry to find the addresses of his victims, go to their homes and then brutally beat them with a hammer.

Even though Vukovich claimed to have attacked and beat up several other registered pedophiles, he was only caught after attacking 67-year-old Wesley Hayes Demarest. Vukovich’s attack was so brutal that he fractured Demarest’s skull with a hammer. 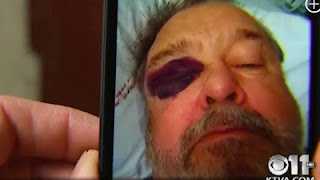 He said he was seeking justice for the children they harmed.

According to Demarest, Vukovich told him:
“I’m an avenging angel, I’m going to mete out justice for the people you hurt.”‘ 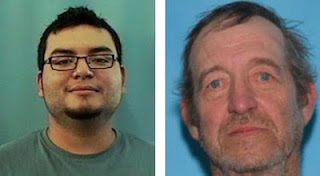 Police in a statement said, not only did Vukovich break into his victims’ homes, but after beating them he would rob them.

According to a letter written by Vukovich in jail, his actions was due to his own physical and sexual abuse as a child by his adoptive father who sexually assaulted him and beat him with belts and pieces of wood.

In the letter, Vukovitch wrote:
“After being physically and mentally abused by a predator, my life was forever changed. I literally gave my own existence no value or concern. I became a thief and a liar and went on to make many poor choices throughout my life.”
Adding:
“My own heart may have been broken long ago, but with all my being I support every child in pursuit of their dreams.”

After his arrest, he was charged 18 charges including assault, robbery, burglary and theft. He pled not guilty during a court appearance last week.