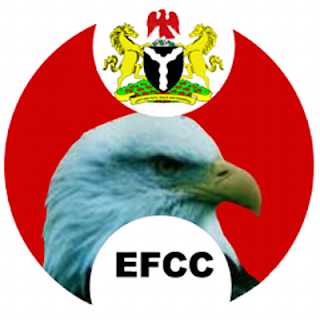 Two choice shopping malls allegedly acquired by a serving Resident Electoral Commissioner Gesil Khan with her share of a bribe dished out by the Peoples Democratic Party (PDP) ahead of last year’s general elections, have been seized by the Economic and Financial Crimes Commission (EFCC). A sum of N49 million found in her bank account, has also been frozen by the EFCC.
A total of N23.29b was disbursed under the poll bribery scam allegedly facilitated by ex-Minister of Petroleum Resources, Mrs. Diezani Alison-Madueke, of which N185, 842,000 went to Khan.

The anti-graft agency applied to the Federal High Court, Yenagoa for Interim Forfeiture Order in line with sections 26 and 29 of the EFCC Act to take over the account and the buildings which are located in Yenagoa, the Bayelsa State capital.

The order was granted, The Nation gathered yesterday.

Other beneficiaries of the largesse in the Independent National Electoral Commission (INEC) and some PDP stalwarts are said to have refunded N503million to EFCC.

A total of N450million was allegedly traced to him.

The EFCC is yet to conclude its investigation of the INEC staff and PDP stalwarts who were implicated in the poll bribery scandal.

Khan and other INEC officers are being probed for allegedly collecting N681million altogether.