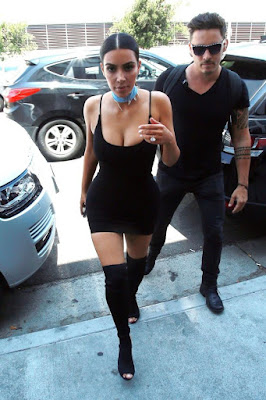 Kim insanely curve was put on display. You may not resist the cleavage of  mother-model business woman. she recently revealed she’s slimmed down to a tiny 124.6lbs and she’s not scared to show it off.

The star stepped out in Los Angeles today in a traffic stopping ensemble consisting of a VERY small black mini-dress and thigh high boots.

Teaming the look with a denim choker, the beauty left very little to the imagination in the outfit, but after working hard on her figure why wouldn’t she show it off?

In fact she is proud of herself possessing such endowment and can’t hide but always flaunting whenever is caught publicly.
She said this;
“After I had Saint, I decided to set goals for myself. I was motivated, but it was tough! It isn’t easy to just bounce back,” she explained on her blog.

“I was so jealous of women who had these cute little baby bellies and would gain 25 pounds—and then, a few weeks after giving birth, somehow look exactly like they did before they were pregnant, lol. That’s not me.”
More of Kim’s photos after my style 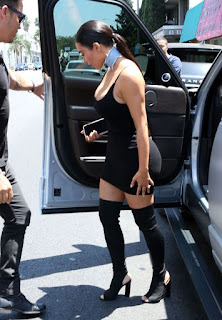 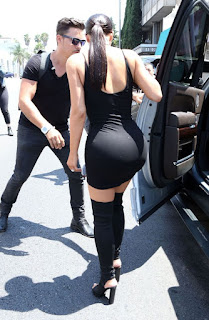 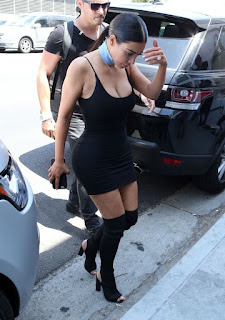 Nigerian Mother, Paid A Man £1,000 To Pose As Her Newborn Baby’s Father