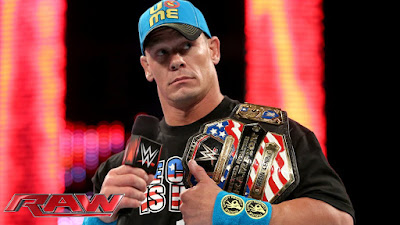 – WWE Raw and Smackdown
This Monday night will be the first time WWE Raw and Smackdown go head-to-head following the brand split, as Smackdown has its own live event taking place during Raw at The Four States Entertainment Center in Texarkana, AR.
Talents advertised for the Smackdown event include John Cena, WWE Champion Dean Ambrose, Randy Orton, AJ Styles and Bray Wyatt. With regards to top stars appearing at both Raw and Smackdown Live taping, which has been happening since the brand split, that will stop after next week. Smackdown live events will run from Saturday to Tuesday, and Raw will run from Friday to Monday.
With regards to John Cena’s status, he is not scheduled to be working most of the weekend Smackdown live events, but he is being advertised for many of the Monday events.
Tags
My Style
Facebook Twitter LinkedIn Tumblr Pinterest Reddit VKontakte Odnoklassniki Pocket
Show More
Share
Facebook Twitter LinkedIn Tumblr Pinterest Reddit VKontakte Odnoklassniki Pocket Share via Email Print