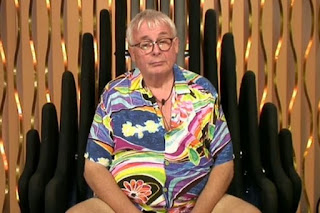 The reports from mirror suggested the reason why the TV star Christopher Biggins were removed.
His removal from the Celebrity Big Brother house has shocked lifelong fans of the much-loved TV star.

After being given three warnings, Biggins was finally booted from the famous abode for using “offensive language” which could cause “widespread offence” – but it wasn’t just one comment that got under the skin of his fellow housemates and viewers.

He first angered fans of the Channel 5 show early last week when he appeared to criticise bisexual people, claiming they just didn’t want to “admit they are gay”.

He joined in a discussion with Renee Graziano and Frankie Grande on sexuality and when asked if she had a problem with gay people, the Mobs Wives star said: “When you’re gay you’re gay. And I think it’s beautiful because I think it’s who you are and it’s natural.

“But I think today in society they kind of force things on people and they confuse you.”
Read More on Mirror