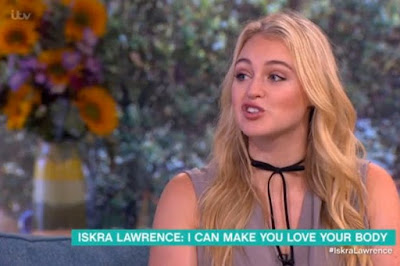 Sometimes size can be advantage while disadvantage to others as well. To Iskra it was a bit disappointing because it affected her model career. But read on to see.
Iskra Lawrence surprised This Morning presenter James Martin when she revealed that she was dropped from a modelling agency because her “hips were too big”.

The Friday host couldn’t hold back his shock when the size 14 stunner explained that the industry was so cutthroat that she began to believe that her body shape wasn’t right. 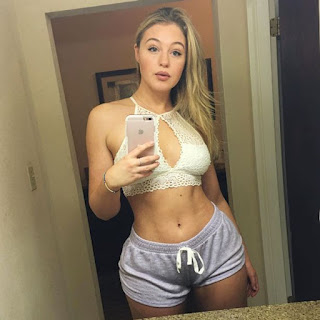 The model, who has made a name for herself after posting unedited images of her curvy figure on her Instagram page, opened up about how she was at her unhealthiest when she was a size 8.

“At my smallest a UK size 8 I was unhealthier than I am now,” she told the presenters.

Now, as a signed model and Instagram star, she wants to promote a healthy body image: “I just wanted to put real images out there and show that we are real.

“I started investing and looking after myself inside and out. It’s all about mental health as well.”
Read and see the rest from Mirror