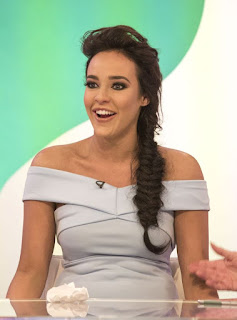 Stephanie Davis has opened up about her pregnancy troubles, admitting she’s been peeing “every 10 minutes.”

The former Hollyoaks actress , who is expecting her first child with ex Jeremy McConnell, has just reached the second trimester of her pregnancy and has admitted she’s struggling to control her bladder as the baby gets bigger.

Taking to her Twitter account today, she told fans: “I’m running to the toilet because in weeing every 10 minutes (sic).”

Despite having to urinate frequently, battling with morning sickness and dealing with extreme headaches, the brunette beauty is thoroughly enjoying her pregnancy and can’t wait to meet her “little prince” early next year. 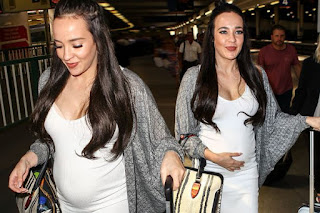 And the former Celebrity Big Brother star is so excited about her little bundle of joy that she recently paid to get a scan in 4D of him.

Posting a picture of the adorable scan, she wrote: “My beautiful son ahhh mummy loves youuuu too excited! Can’t wait to get in bed,play music to him and feel him (sic).”

Meanwhile, Stephanie had her heart set on naming her son Albi – a tribute to her late grandfather Albert – but has now decided to change the moniker to something a bit “different.”

Kim Kardashian Flaunts Asset On Bikini Alongside Her Kids