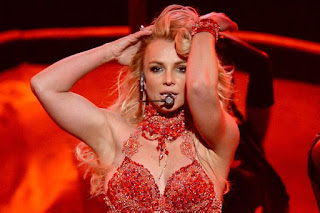 Britney Spears celebrated the announcement of her new album Glory by jetting off to Hawaii and she looks really good.
The 34-year-old pop beauty’s first record in three years will be released on August 26 through Apple Music and those who pre-order the LP will get an instant download of the single Private Show.

The mum-of-two, who confirmed on Wednesday that her ninth record would be released later this month, showed off her gorgeous body in a raunchy red bikini as she hit the beach with her sons and it looks like Britney is well and truly back. 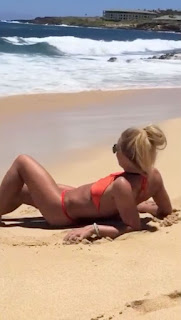 The Toxic songstress, 34, who has been working hard thrilling crowds in Las Vegas over the last few years, showed off her taunt abs and stunning figure in the sexy two-piece as she rolled around on the beach. More photo after my style 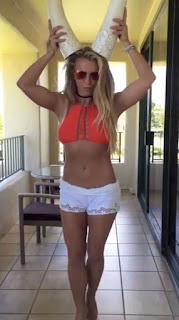