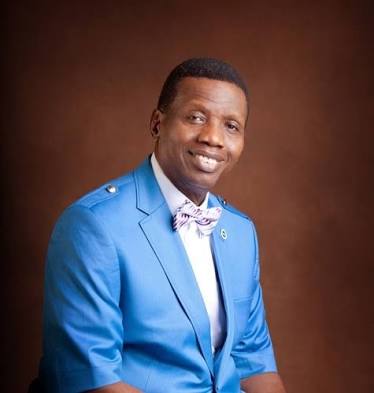 
Memorise:
And when Jesus came to the place, he looked up, and saw him, and said unto him, Zacchaeus, make haste, and come down; for to day I must abide at thy house. – Luke 19:5

1 There was a certain man in Caesarea called Cornelius, a centurion of the band called the Italian band,

2 A devout man, and one that feared God with all his house, which gave much alms to the people, and prayed to God alway.

3 He saw in a vision evidently about the ninth hour of the day an angel of God coming in to him, and saying unto him, Cornelius.

4 And when he looked on him, he was afraid, and said, What is it, Lord? And he said unto him, Thy prayers and thine alms are come up for a memorial before God.

5 And now send men to Joppa, and call for one Simon, whose surname is Peter:

6 He lodgeth with one Simon a tanner, whose house is by the sea side: he shall tell thee what thou oughtest to do.

MESSAGE:
There is no one that cannot command the attention of Heaven. Those who believe that people in great positions or people in affluence are far from God will be surprised to know that there are many wealthy people doing great things for the Lord, and there are many people in great positions who are using their influence to add positive value to their environment. The example of Zacchaeus reveals that it is possible to remain faithful to God regardless of the amount of wealth at a person’s disposal. Righteous, rich people are great instruments in the hands of God because they use their wealth and God given positions to expand His Kingdom. Also, the example of Cornelius reveals to us that God is a God of plan and purpose. He was very influential in his days; nevertheless, he was a devoted man who was obedient to the will of God. He was very generous to those around him. He had a very good reputation but he was not saved. Hence, God had a plan for him in order that he might be saved. God wanted to prove a point to the Jews through his life that there is no one that is beyond redemption. This week, your prayers will command the attention of Heaven in Jesus’ name. The moment he got a revelation of what he needed to do, he complied fully without delay and he got the attention of Heaven.

I have noticed that those who are not as blessed sometimes exhibit pride while those who are blessed sometimes humble themselves under the mighty hand of God. This is why you will see Chief Executive Officers and Managing Directors of multinationals picking rubbish and dirt in a church service. Some of them stay to control traffic for hours after major programmes are through. No wonder they are so special to the Almighty God, and so whenever they call upon Him, the heavens open to them. They demonstrate their love for God by serving humanity. They transfer the burdens of others to themselves and when God decides to give attention to such individuals, they never remain the same again. Such Heavenly attention brings a tremendously positive turnaround in the life of the beneficiary. When the Heavens pay attention to you, you can be sure that all your long awaited promises will become fulfilled.

“To whom God would make known what is the riches of the glory of this mystery among the Gentiles; which is Christ in you, the hope of glory:” – Colossians 1:27

When God visits you, you will begin to know the meaning of true riches, despite the fact that people had always known you to be wealthy; your new level of wealth will dwarf the former. He will bring you to a greater level of wealth where you begin to flourish in all things. He makes the great greater and He turns all curses to blessings.

There is a day of visitation and every child of God is destined for such a time when the Heavens will be at attention in order to bless someone. Today is your day in Jesus’ name. This is your day of remembrance, and all that you have been trusting God for shall be delivered in Jesus’ name. All you need to do is allow Jesus to come into your life. Allow the plan and purpose that God has for you to come to pass and that can only be possible when you surrender to Jesus and make Him your personal Lord and Saviour.

Do Not Be Dismayed - Daily Manna Devotional by Pastor W.F Kumuyi