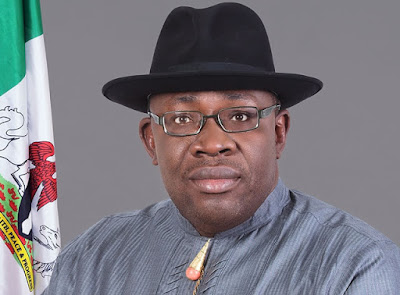 The Governor of Bayelsa State, Mr. Seriake Dickson, has vowed that his administration will work with security operatives to smoke out the killers of the three soldiers in Nembe from their hideout and bring them to justice.

Dickson, who made the promise during a live radio interview in Yenagoa on Wednesday, noted that the government would not condone a situation whereby “the state would be used as a launching pad for violence and criminal activities.”

Condemning the incident in Nembe, the governor said the government would convene a meeting with traditional rulers, local government council chairman and other major stakeholders in Nembe to deliberate on security issues in the area.

He also urged traditional rulers to be identified more with their people and liaise with security agencies towards curbing security challenges in their domains.

He pointed out that the government was collaborating with security operatives to unravel those responsible for the attack on the military personnel.

He said, “Our duty is to work with the security agencies to ensure that the perpetrators do not rest and that they are followed up and hunted down. They must face justice. Maybe, from this incident, we will also get a clue as to what happened last year and also some of the breaches of security in that part of our state.

“We condemn the incident in Nembe. The military high command understands that this was an isolated murder and has nothing to do with the peace-loving people of Ogbolomabiri, Nembe, in the Nembe area. I want to thank the military commander on the ground for that understanding.

“The Commander of Operation Delta Safe was physically on the ground and I want to thank him and all the various officers for the steps they took to reassure the law-abiding people of the area concerned.”

The governor also spoke on the lingering strike at the state-owned Niger Delta University, blaming the Academic Staff Union of Universities for the impasse through its unrealistic demands.

The governor, however, regretted that some students of the university were deceived into accepting ASUU’s position to embark on the strike that had lasted about four months.

He noted that the economic situation in the country was responsible for the adjustment in the state, adding that in his first tenure in office, the government did not owe its workers.

Dickson noted that the decision was widely accepted by the Organised Labour that saw reasons why the government had to settle for 50 per cent salaries for the workforce.

He, however, lamented that lecturers at NDU prided themselves as the most important workers and rejected the 50 per cent offer which was completely unrealistic.
Source: Punch