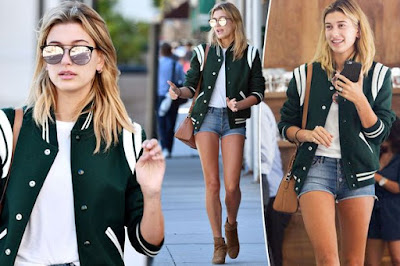 Nothing worth your happiness, nothing is also stronger than your boldness. Yea that’s true!
Hailey Baldwin appears to have put all the recent Justin Bieber drama firmly behind her.

The pretty blonde model, 19, looked happy and relaxed when she was snapped out in New York on Monday with a mystery male pal.

The star was showcasing her enviable pins in a pair of tiny denim shorts which she teamed with a white T-shirt and a green varsity jacket.

Kendall’s BBF didn’t seem at all fazed that her pal Justin – who she was rumoured to have dated – has already appeared to have moved on from Sofia Ritchie to a new blonde lady friend.

Bieber and stunning blonde Bronte Blampied were spotted getting ready to take a helicopter flight between V Festival sets over the weekend as well as enjoying a night out at trendy Tape club.
More photos after my style 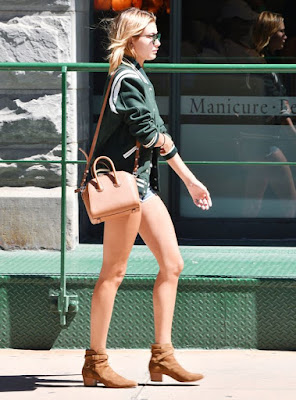 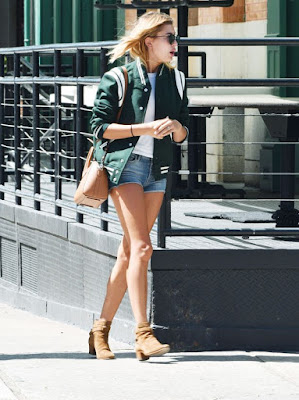 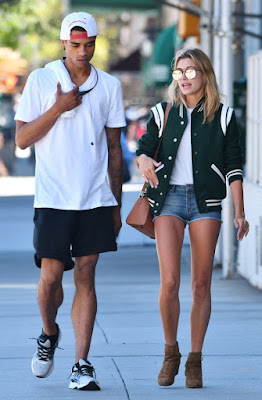