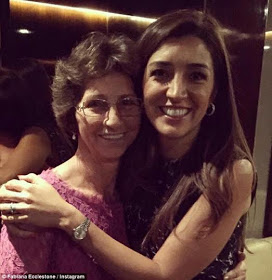 The mother-in-law of Formula One tycoon Bernie Ecclestone, Aparecida Schunck, who was kidnapped from her Sao Paulo, Brazil home 10 days ago by robbers who posed as delivery men, has been freed without any ransom paid.

According to Sao Paulo police, although a ransom of $36.5m (£28m) was demanded, none was paid. The anti-kidnapping division of the Sao Paulo police reportedly stormed the building where she was being held and rescued her. Two suspects were arrested and the victim was not injured.