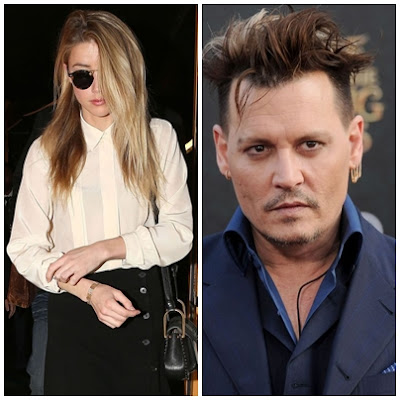 When a fight broke between husband and wife, certainly there is something fishy and if care is not taken then it leads to many problems probably divorce.
A video showing a furious Johnny Depp arguing with his then-wife Amber Heard while appearing to throw a wine bottle and a glass has been leaked online.

The shocking footage has been published on TMZ, and the blonde actress could be seen moving the camera to capture her husband’s rage.

The video was reportedly filmed months before the alleged incident on May 21, where Amber claims that Johnny hit her.

In the clip, Amber could be seen referring to a large bottle of wine, and she asks him if he had drunk the whole bottle that morning.

The Pirates of the Caribbean actor, who is wearing sunglasses and a cowboy hat as he storms around the kitchen banging cupboards, as he shouted “motherf******” repeatedly.

Amber asked her husband: “What happened?”

“I just woke up and you were so sweet, and nice. We were not even fighting this morning. All I did was say sorry,” she continued.

“You want to see crazy, I’ll show you something crazy,” he said as he filled a glass of wine.

He noticed that he was being recorded, and he snatched at the camera before the film ended.
Continue reading
Source: Mirror

Related Topics:My Style
Up Next

Register In The 2016 Edition of Miss Bayelsa Beauty Pageant