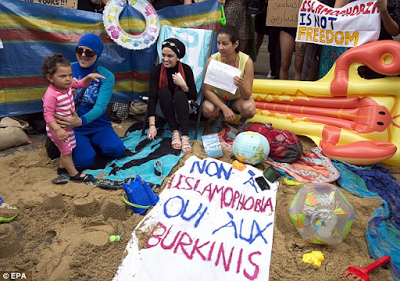 France’s top administrative court on Friday overturned a ban on burkinis in a Mediterranean beach resort, effectively overturning the bans on the swimsuits that have divided the country.
The ruling by the Council of State specifically concerns a ban on the Muslim garment in the Riviera town of Villeneuve-Loubet, but the binding decision is expected to impact all the 30 or so French resort municipalities that have issued similar decrees.

The bans grew increasingly controversial as images circulated online of some Muslim women being ordered to remove body-concealing garments on French Riviera beaches.

Lawyers for a human rights group and a Muslim collective challenged the legality of the ban to the top court, saying the orders infringe basic freedoms and that mayors have overstepped their powers by telling women what to wear on beaches. 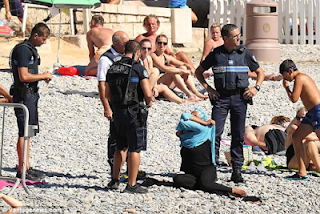 Mayors had cited multiple reasons for the bans, including security after a string of Islamic extremist attacks, risk to public order, and France’s strict rules on secularism in public life. The Council of State ruled that,
“The emotion and concerns arising from the terrorist attacks, notably the one perpetrated in Nice on July 14, cannot suffice to justify in law the contested prohibition measure.”
As the authorities in resorts such as Nice and Cannes have proved, they argued, the ban was being used to discriminate against Muslim women, no matter what they were wearing.

Kenneth Copeland's Daily Devotional: Not of This World