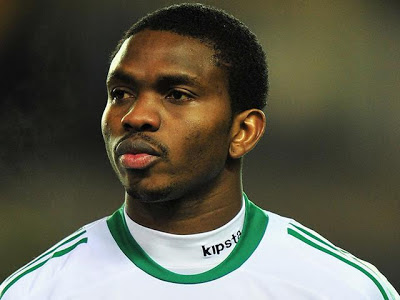 Joseph Yobo,35, has agreed to join Northern club, Kano Pillars after the NPFL club beat three other clubs to his signature.

Alhaji Shehu Dikko, Chairman of the League Management Company, LMC, in an interview with Completesportsnigeria on Tuesday revealed that Kano Pillars is the club that appealed most to the footballer and can meet his demands.

“Kano Pillars”, Dikko replied when Completesportsnigeria.com asked him which club Yobo will eventually play for in his celebrated return to the Nigerian domestic top flight.

When asked further on when Yobo will turn out for Kano Pillars, who have won four league titles, Dikko said;

“For now, that is being worked out, but we’re looking at the next (home) game,” Dikko said on Tuesday during the unveiling of the LMC partnership deal with Star beer, as the official beer of the Nigeria Professional Football League at Eko Hotel and Suites, Lagos.

Joseph Yobo is an ambassador of the Nigerian Professional Football League and it is hoped that his presence in the league will help increase stadium turn out and also improve the league.

Open Heavens Devotional: Nothing goes for Nothing by Pastor E.A Adeboye