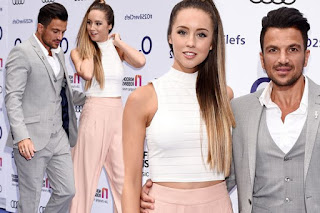 It is better to stick for prevention than looking for cure or solution.
Peter Andre’s pregnant wife Emily was banned from a family holiday in Florida over fears she could contract the Zika virus.

ACcording to report from Mirror, the Mysterious Girl singer flew out to Orlando last week with children Princess, eight, and Junior, 11, but was forced to leave his expectant wife at home.

Writing in his column for new! magazine, the star revealed: “Unfortunately, Emily couldn’t come with us because CDC (the Centers for Disease Control and Prevention) issued a travel warning advising pregnant women not to travel to Florida as the Zika virus is actively circulating there.”

Zika is associated with a birth defect called microcephaly, which results in children being born with abnormally small heads and brain damage.

Pregnant Brits were advised not to travel to the area after four people in Miami contracted the virus from mosquitoes.

Peter, 43, and Emily, 26, are expecting their second child together, while the pop star also has children Junior and Princess with ex wife Katie Price.

Despite the holiday hiccup, Peter revealed the family still managed to have a good time.
Mirror