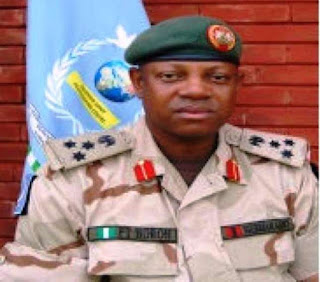 The Presidential Amnesty Office on Friday said 22 beneficiaries of its foreign education programme had graduated as Aircraft Maintenance Engineers and had returned to the country.
The Special Adviser to the President on Niger Delta and the Coordinator of Presidential Amnesty Programme, Brig.-Gen. Paul Boroh, disclosed this in an interview with the News Agency of Nigeria (NAN) in Abuja.

He said the beneficiaries were trained at the Royal Jordanian Air Academy and were equipped with EASA licence on return, adding that without the licence, they would not be useful in the aviation industry.

He said that the licence made the beneficiaries certified aircraft maintenance professionals needed in modern airline operation.

“Worldwide aircraft maintenance business is enormous, and expanding with the passage of time.

“Approximately 500, 000 passenger and cargo aircrafts are currently in service worldwide.

“Moreover, about four million smaller private aircrafts are being used for business or pleasure. Thus, aviation is an ever-expanding field with modernization of equipment on new aircraft.

“Therefore, the requirements of aircraft engineers and aircraft mechanics to work on a permanent basis as an employee of an airline will always rise with ever increasing expansion of aviation industry,” Boroh said.

He explained that an aircraft maintenance engineer was mostly responsible for the control, maintenance and repair of aircraft instrumentation and related aircraft equipment.

According to him, the beneficiaries have also learnt how to set engine controls and test them for correct functioning.

“They play a major role being maintenance personnel to keep the aircrafts airworthy at all times.

“The maintenance of modern sophisticated aircrafts calls for high degree of technical knowledge, competence, proficiency, dexterity and integrity on part of the concerned personnel.

“They work on any and every mechanical aspect of the craft, including airframes, hydraulics and pneumatics, engines and fuel systems and control and communications systems.”

The presidential aide said that the success of the amnesty programme has swelled the ranks of thousands of armed youths seeking to lay down their arms and lead normal lives.

He commended the Federal Government for funding the programme, adding that continued funding for the project was further proof of President Muhammadu Buhari’s administration’s commitment to the full reintegration of amnesty beneficiaries into the society.

He, however, disclosed that some of the persons that graduated from the Jordanain academy returned without the EASA licence, but said that efforts were on to obtain the licence for them.
– pulse

LOVE? Tyga and Kylie Jenner loved up as they fly in their private plane