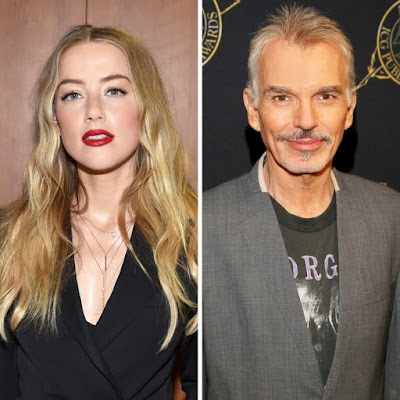 Amber Heard did not have an affair with Billy Bob Thornton, a source tells Us Weekly.

I think this one of the biggest Celebrity Cheating Scandals Ever! Where will this lead to? seperation, divorce or another fight?
Talk of an alleged affair between The Danish Girl actress, 30, and Thornton surfaced after TMZ reported that according to Heard, Depp accidentally cut off the tip of his finger during a rage after he thought she’d been unfaithful with the Fargo actor.

“There is no way Amber had any kind of relationship with Billy Bob Thornton,” the insider close to Heard tells Us Weekly.

That said, the source claims it is true that Depp severed his finger while allegedly arguing with the actress. As previously reported by TMZ, the Pirates of the Caribbean actor, 53, cut off the tip of his finger after allegedly smashing multiple glass bottles and windows.

After reportedly injuring his finger, he allegedly dipped his bloody finger in paint and wrote “Billy Bob” and “Easy Amber” on a bathroom mirror, according to TMZ.
Source: US Weekly

This is Lil Kim's faces After The Surgery