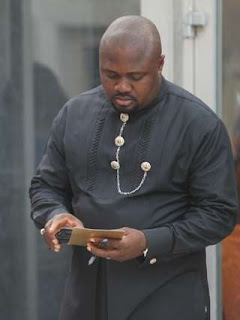 The 17 counts pressed against Dudafa, who was then Special Assistant to Jonathan on Domestic Affairs, and others bordered on conspiracy and money laundering.

The EFCC accused them of conspiring among themselves to conceal various sums of money totaling $15.6m, which the anti-grant agency claimed the defendants “ought to have known formed part of the proceeds of an unlawful act.”

The EFCC alleged that the defendants committed the offence between November 13, 2013 and May 28, 2015 in connivance with one Sombre Omeibi, now at large, using seven accounts domiciled with Skye Bank Plc.

In a short ruling, Justice Anka granted the prosecution an order to serve the charge sheet on Dudafa in the prison custody.

He, however, adjourned till September 8, 2016, to rule on Oyedepo’s application to serve the companies through Brigg.

President Buhari's Campaign Bodyguards Cry Out! Their Story Will Touch You