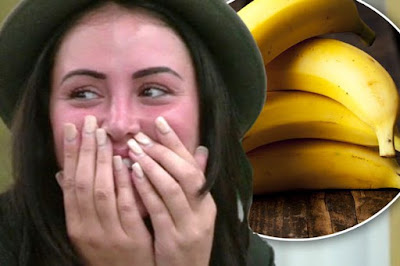 Some celebrity can be disgusting you know. If they can’t hide their dirty life style then it is absolutely irritating. When a woman who ought to control her sexual urge instead misbehaving then what respect and dignity is left in her?

Marnie Simpson has disgusted Celebrity Big Brother viewers by performing a se* act on a banana.

The Geordie Shore star – who is in mourning after her lover Lewis Bloor was evicted on Friday night – went to town on the large piece of fruit after asking Katie Waissel to show her technique. 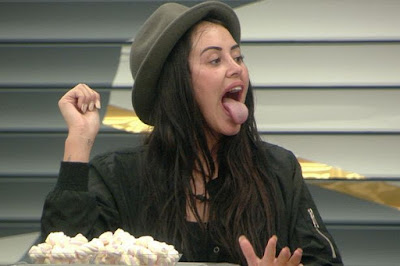 Viewers, who had tuned into the episode of spin-off show Celebrity Big Brother ‘s Bit on the Side, couldn’t quite believe what they were seeing and flocked to social media to express their shock.

“Marnie is so desperate it’s tragic, giving a banana oral #cbb @bbbots,” wrote one viewer while another added: “Marnie is absolutely disgusting.”

The Planned Arraignment of Chinakwe for naming his pet dog “Buhari” is Oppressive, Illegal – by Inibehe Effiong