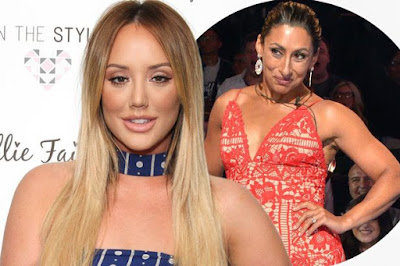 Sometimes, some actions or reaction that is regrettable should not be committed

”I honestly hope SAIRA doesn’t work again, for her bullying rank disrespectful behaviour. ✋? id be embarrassed to be one of your children”
Charlotte Crosby has launched a blistering attack on Saira Khan , saying she hopes the Celebrity Big Brother star “never works again”.

Saira was given the boot from the Channel 5 compound on Tuesday but was featured in scenes on Wednesday night’s episode, leading Charlotte to launch into an almighty rant about her “disrespectful” behaviour.

“I’d be embarrassed to be one of your children.”

During the show viewers saw Saira mocking housemate Chloe Khan ‘s romp with Stephen Bear by stuffing her bra full of tissue, wearing sky-high heels and bouncing up and down on Heavy D.

Chloe was left upset with her behaviour and Saira later apologised, admitting: “I’m not good at banter.”

Do It His Way - Daily Manna Devotional by Pastor W.F Kumuyi