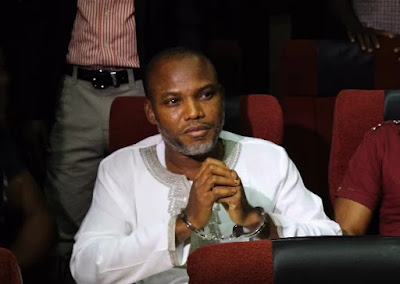 However, the third faction on Thursday, said it has sacked Kanu and the other splinter group, which has Chima Philip Effiong Osuji, as its spokesman, saying both group had no right to represent the Biafra interest. RE-IPOB also threatened to expose the sponsors of both IPOB and TRIPOB. Urging Igbos to remain peaceful, the latest faction claimed that Kanu has lost touch with realities of Biafra while TRIPOB has “nothing to offer” as splinter group of IPOB.

In a statement by its spokesman, Ikemba Biafra, RE-IPOB said, “Both IPOB and TRIPOB have been sacked; they should no longer speak for the Biafran people.

“They are the same outfit and have nothing to offer Biafra. We warn that if Nnamdi Kanu , IPOB and the so-called TRIPOB continue their antics , RE-IPOB will be forced to make public the sponsors of the two groups.