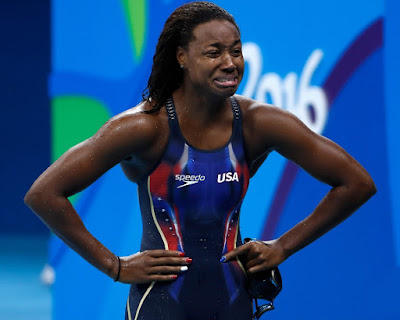 Sometime you got to express your feeling crazily or emotionally. No matter how it is expressed it is just for the best of it.
Simone Manuel gets emotional while celebrating her history-making win at the 2016 Rio Summer Olympics on Thursday (August 11) in Rio de Janeiro, Brazil.

The 20-year-old swimmer became the first African-American woman to ever win an individual medal in swimming for the United States!

Simone won the gold medal in a rare tie during the Women’s 100m Freestyle final that night. She tied with Canada’s Penny Oleksiak.

“[This gold] is not just for me it’s for a whole bunch of people who have come before me and have been inspiration to me. It’s for [former relay gold medalist] Cullen [Jones] and for all the people after me who believe they can’t do it. I just want to be an inspiration to others to show that you can do it,” Simone said in a post-race interview (via Fox Sports).More photos after my style 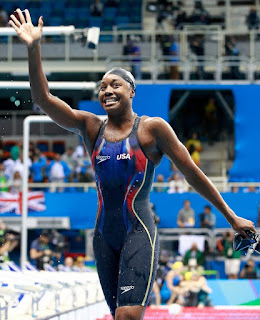 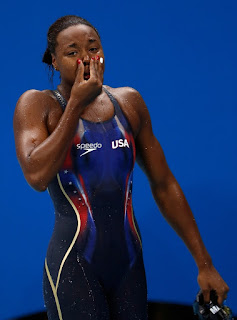 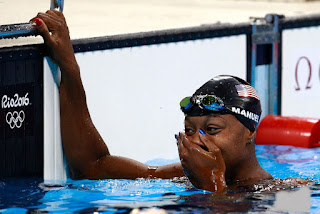 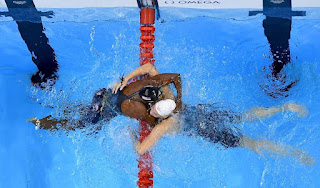 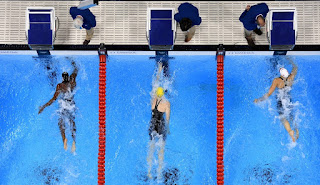 Safety: FRSC orders the reduction of U-turns on the Lagos/Ibadan road to only two