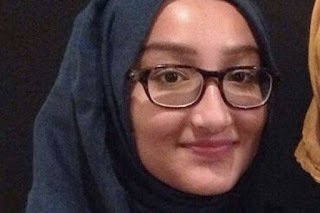 One of the three Bethnal Green schoolgirls who left their homes to join Isis is believed to have been killed by an airstrike in Raqqa.

Khadiza Sultana, 17, is thought to have died after her home was destroyed by a bomb that was believed to have been dropped by a Russian plane.

She is believed to be the first British female killed in the so-called caliphate.

Tonight ITV News reveal that Sultana became disillusioned with life in the medieval terror state and was making plans to flee back to Britain.

The schoolgirl and two friends Amira Base and Shamima Begum left their families in east London during the Easter school holidays in 2015.

Base and Begum, who were both just 15 when they fled, and are believed to still be in Raqqa.
Continue reading
Source: Mirror

It has been a very difficult year for Nigeria... we’re a poor country - Buahri