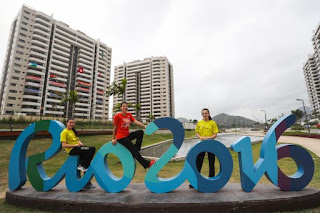 It is uncertain if the bags have been stolen or lost in the transfer from the holding camp in Belo Horizonte, with the British Olympic Association trying to track them down.

The swimming competition begins on Saturday’s opening day of the Games.

The swimming team is understood to be relaxed about the missing bags as they have additional kit in the event of such a circumstance occurring.