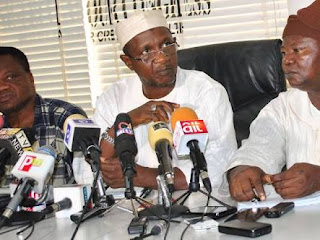 The Academic Staff Union of Universities (ASUU) on Friday, August 12, stated that it was okay with the ongoing admission screening process in some universities all over the nation.

The national president of the body, Professor Biodun Ogunyemi, made this known in an interview with the News Agency of Nigeria (NAN) in Lagos. NAN had it that following the scrapping of the post-Unified Tertiary Matriculation Examination (UTME) by the government of the federation, the universities initiated new procedures to screen candidates for the 2016/2017 academic session.

The ASUU president who is likewise a lecturer at the Olabisi Onabanjo University, Ago-Iwoye, Ogun, said: “I want to say that so far, we are satisfied with the screening procedure. “We cannot be in all the institutions at a time, but reports reaching us and from our observations, the universities are on the right track.

“You see, no dictation from outside the universities can stop the institutions from doing this screening. It is part of the procedures spelt out by the Senate of the various universities for admission of candidates. “Government can only provide guidelines such as quota for the academically less-advantaged areas, but the issue of merit is strictly for the universities to determine.”
Continue reading
Source: naij.com