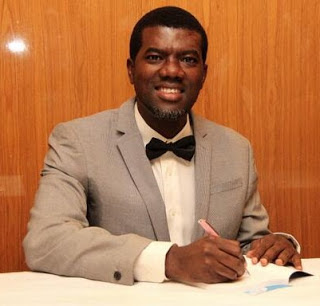 Mr. Reno Omokri , special aide to former president Goodluck Jonathan has said that he hopes the suspected Fulani herdsmen who killed ‎a seminarian on Thursday morning in Enugu State be swiftly arrested and prosecuted like they did with the man who named his dog ‘Buhari’.

Reacting to this development, Mr. Omokri wrote on his Twitter page: “My prayer is that the herdsmen who killed Nigerians in Enugu earlier today will be arrested and prosecuted as swiftly as the Buhari dog man!”