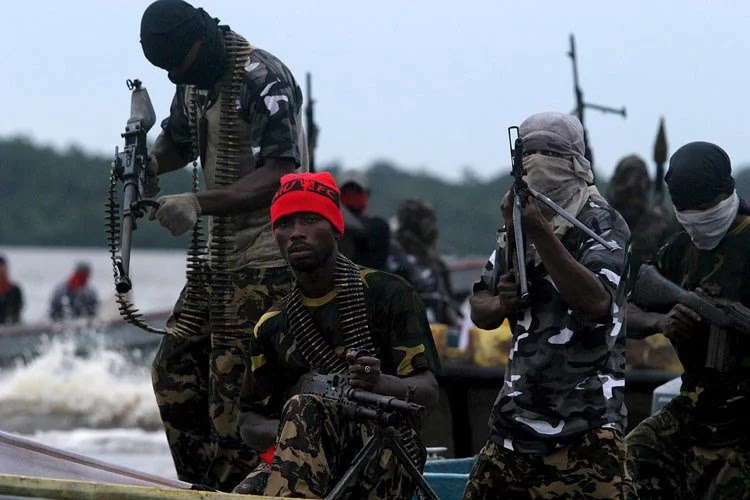 – Niger Delta Avengers accuses Army troops of crude oil thefts
According to Militant group Niger Delta Avengers, they have video and pictorial evidence that show troops of the “Operation Delta Safe force”, which was activated on June 24 with the mandate to stop all illegal oil bunkering activity, involvement in thefts. They also condemned security reports linking their militant forces to the killing of military troops. The statement read;

“The High Command of the  Niger Delta Avengers condemns the entire security reports linking our forces to the killing of military troops in Nembe Bayelsa state. NDA still wonders when this  charade and acts of desperation of the Nigeria military by always linking crimes in the southern part of Nigeria to our fighters will stop. It is a shame that Operations Delta Safe is still employing the old habits of deliberately dinning and wining with unaudited intelligence from political thugs, political paymasters and enemies of the Niger Delta to perpetuate their continuous funding and relevance by catching in on the hunger in the land. One question for the commander of Operation Delta Safe! Who are the people perpetuating the ongoing illegal oil bunkerings in the Niger Delta at the moment? Because we have both video and pictorial evidences of your troops serious involvement in the pervasive crude oil thefts.  We have records of how much profit you collect and make per day from these atrocities in the Niger Delta.

To set the records straight, we cannot come after your Dane guns and ammunitions. Since the start of ” Operation Red Economy” our forces did not  fire one shot until we have achieved this great success of crippling crude oil productions in the Niger Delta to about 800,000 barrels per day. Those gangs members  paraded as killers of troops of ODS are well known followers of Mr Africa Ukparasai and Mr Timipre Silva, that were purposefully armed  by the APC during the governorship elections  of Bayelsa state…  If your forces and formations comes under attack by notorious elements of your own political collaborators and calculations you should  accept it as a friendly fire ( from your own dubious creations getting loosed and fighting back to protect their territories and bellies)  and enjoy it whilst it last! excuse the NDA from your ” Pig and Mud squabbles”

Yesterday was Arepo in Ogun  state, today is Nembe in Bayelsa state where is the next state you want to involve the NDA in this your bread and butter security conspiracies and collaborations ? Please count us of your incapacities and blackmails. Is this not the Operation Delta Safe that is the puppet and child of necessity of some  jail Birds and political shenanigans like Charles Okah’s MEND and RNDA?  We the NDA and Niger Delta People knows that you are not to here to protect anything in the region rather you have come to perpetuate more crude oil thefts that is worst.As such, we have  avoided everything that will justify your continuous stay and sour your illicit funds . Just a moment, in our reality checks, from  Operation Hakuri two, Operation Restore  Hope, Operation Pulo Shield  and today Operation Delta Safe your formations and troops have always being the merchants of illegal oil bunkering activities in our Niger Delta.  Your outfits in most cases deliberately trigger killings and kidnappings to make your services relevant.

Conclusively, we want to ask if it is best practices for heads of military formations in the Niger Delta to become super rich months after been deployment, acquiring properties locally/internationally? it is our wish that, one day governments of Nigeria can think right and redirect these huge  resources used to fund these your illicit and  infamous outfits to achieving especially some of the short term development frameworks in the Niger Delta to the de-escalation of the perennial traumas the people are passing throughout the region.”

See What Happened At The APC Governor meeting In Kaduna