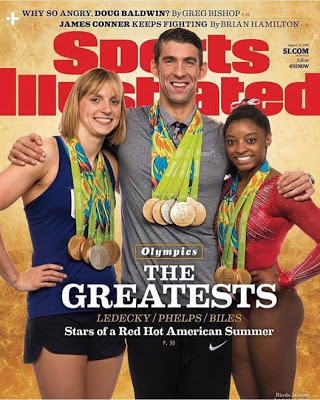 It was a fitting way to end a memorable Games for first-time Olympian Simone Biles and veteran Aly Raisman. The gold and silver medalists from the all-around competition closed out the 2016 Olympics by taking the top two spots on floor exercise, their best event.

They were the top two qualifiers, and also performed the two most difficult routines in the competition. The Americans were also the only two gymnasts to score above 15.0 on floor in the all-around event.

So it wasn’t a surprise when they finished, in a repeat of the all-around results, in gold and silver. Amy Tinkler from Great Britain won bronze. Both Biles and Raisman earned higher scores on their last routine in Rio than they had during qualifying; the were rewarded with higher execution scores for their tighter positions and higher leaps.

Maybe it was the sense of celebration on the last day of gymnastics, but the routines were more of a show than a competition for all of the gymnasts; men’s all-around champion from Japan Kohei Uchimura was in the stands along with Kenzo Shirai to encourage their teammate, Mai Murakami. Gabby Douglas, Laurie Hernandez and Madison Kocian of the U.S. gold-medal winning team were joined by the non-competing members of the U.S. men’s team.

Biles’ and Raisman’s two medals gave the U.S. nine in Rio, surpassing the eight won in 2008.

For Biles, it’s her fourth gold from Rio; no female gymnast has won more in a single Olympic Games; she ties four other gymnasts for that honor. Aimee Boorman, Biles’ longtime coach, called the Games “fulfilling,” despite her star pupil falling shy of the five golds some had expected from her with a bronze in the beam.

Each member of the Final Five, as the U.S. women named themselves, leaves Rio with at least two medals — their team gold and hardware from their individual events. It’s a fitting finale for the group that will be the last to compete as a quintet — in 2020, the Olympic teams will consist of only four members. It’s also the last team that will be overseen by longtime national coordinator Martha Karolyi, who retires after Rio.
More photos after my style 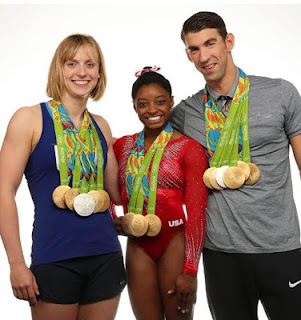 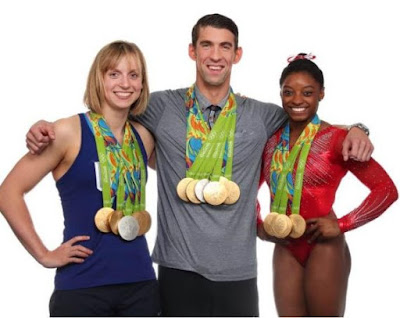