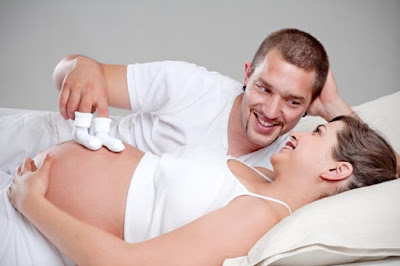 – Health Is Wealth, Stay Healthy To Enjoy Wealth
A REC has warned that an unhealthy diet during pregnancy could influence a child’s risk of attention-deficit/hyperactivity disorder (ADHD).

Researchers found that a high-fat, high-sugar diet can affect the function of a gene called IGF2 that helps steer fetal development of brain regions previously linked to ADHD.

The study was published August 18 in the Journal of Child Psychology and Psychiatry and MedlinePlus Online.

However, Barker said the study only shows an association, rather than a direct cause-and-effect. “We do not suggest that a mother’s diet will cause ADHD or conduct problems,” he said. “There are many causes of ADHD and conduct problems, and usually many small influences are at work together, diet being one of them.”

A bad diet appears to influence the way the IGF2 gene is read and interpreted by cells through a process called DNA “methylation,” Barker said. In methylation, an extra molecule is tacked onto a DNA strand.

“DNA methylation can influence how a person’s genetic make-up might affect their development, in response to risk exposures including poor nutrition,” Barker said.

Animal research has shown that what a mother eats during pregnancy can change the action of genes important for the development of the brain, but very little is known about the influence of diet during pregnancy on the human brain, he said.

To investigate this, Barker and his colleagues compared 83 British children aged seven to 13 with conduct problems against 81 relatively well-behaved children. Conduct problems often go hand in hand with ADHD, his team noted.

During pregnancy, the children’s mothers filled out a questionnaire regarding their diet.

Researchers then assessed whether the IGF2 gene in their children had experienced DNA methylation. They did this using blood samples taken either from the children’s umbilical cord at birth or from the child at age seven.

The IGF2 gene is involved in the development of the cerebellum and hippocampus, regions of the brain that have been implicated in ADHD, the researchers explained.

The researchers found that poor prenatal nutrition was associated with higher IGF2 methylation in children with conduct problems. Diets that included lots of processed foods and baked sweets particularly appeared to affect the function of IGF2, Barker said.

Seeds of Destiny Devotional: A CAPITAL DEMAND OF THE COVENANT by Paul Enenche