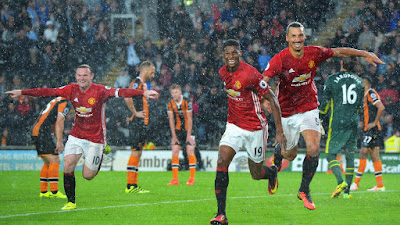 It was a match United totally dominated, but it took until injury time for the breakthrough to arrive when some superb and dogged play from Wayne Rooney on the left flank teed up 18-year-old Rashford to slot home to spark wild celebrations on the away bench.

Mourinho kept faith with the same starting eleven who had impressively beaten Southampton 2-0 eight days earlier, and the seven substitutes were also unchanged. The Reds faced a Hull side who, despite being tipped for relegation having not signed any new players over the summer, sat level on points at kick-off with United after two wins from two. 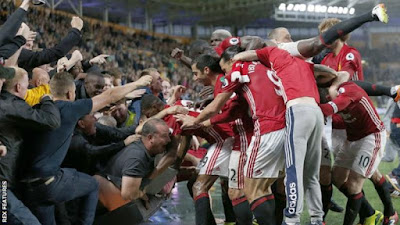 Moments earlier, David Meyler had blazed over in a rare Hull attack.

But it was a deserved win for United, who had gone close though Rooney, Zlatan Ibrahimovic and Paul Pogba.

United and Chelsea are now the only Premier League sides with a 100% record from three games, with Manchester City – who have two wins from two games – playing West Ham on Sunday.