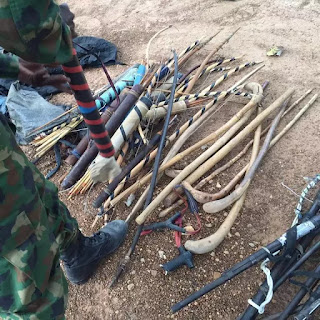 As reported by Naij.com gun runners and armed bandits launched an attack which killed 11 Nigerian soldiers and one has been confirmed missing in Kopa, Dagma and Gagaw villages of Bosso local government area in Niger.

In a statement issued by the spokesperson of the army, Colonel Sani Kukasheka Usman, he explained that the troops were on an assignment to safeguard the area when they came under heavy attack. He said eight bandits were killed while 57 suspects were apprehended. 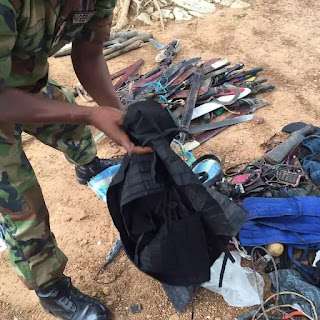 The Full Details:
Following covert surveillance and intelligence reports on the activities of some gun runners and armed bandits in Kopa, Dagma and Gagaw villages of Bosso Local Government Area, Niger State, troops of 31 Artillery Brigade, 1 Division Nigerian Army, in conjunction with Nigeria Air Force detachment on Internal Security Operation MESA went on quick cordon and search in the affected areas to recover suspected weapon cache and arrest the suspected persons and the armed bandits.
More Details on naij.com

The Glory Of A New Beginning For Manchester United (Photos)