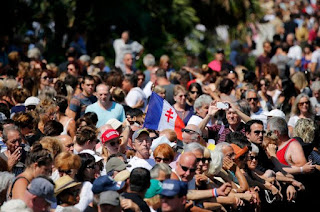 It was a moment of silence, grief and tears as thousands of mourners have packed the beach-front road in Nice where a crazed lorry driver murdered 84 people to observe a minute’s silence.

Huge crowds of well-wishers made their way to the Promenade des Anglais for the sombre remembrance ceremony, which took place at 11am this morning.

The country is in a third day of national mourning following the atrocity, while the scene of the attack remains strewn with flowers.

ISIS terrorist Mohamed Lahouaiej Bouhlel slaughtered at least 84 and injured more than 200 innocent people after ploughing his truck into a crowd of Bastille Day revellers on Thursday night.

He drove the 19-tonne lorry through crowds for more than a mile, while taking potshots at people from the window of his cab.

Boulhel then emerged shooting from the vehicle, before being gunned down by police.

Neighbours have described the killer as a ‘bud Muslim’ who “drank alcohol, ate pork and took drugs” in the wake of the attacks.

Just 35 of the victims have been identified so far.

Another 12 bodies are expected to be named today, while several people are still listed as missing. 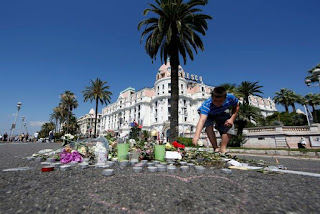 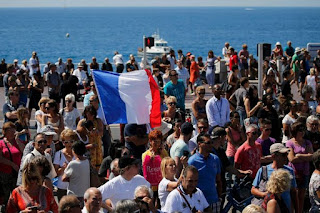 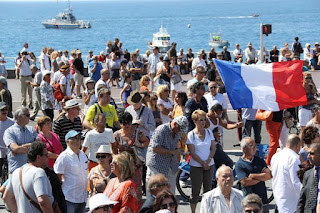 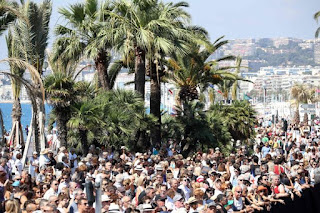 You Could Win N10,000 cash for every Coke you share with Payporte