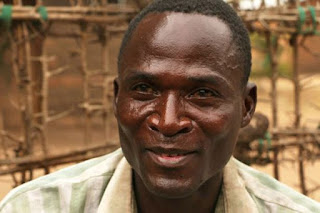 This story may shock you as you read on. It is certainly inhuman and act of wickedness.
An HIV-infected man in his 40s has been arrested after revealing he makes a living by being paid to have sex with children.

Eric Aniva, who would not reveal his exact age, lives in the Nsanje district of southern Malawi where he works a sex worker.

His work – known as a “hyena” – is embedded into the sacred traditions of his village.

There, young women are regularly “cleansed” by having sex with a hyena, sometimes as punishment for an offence such as having an abortion .

But for locals a hyena’s main duty is overseeing a coming-of-age ritual, where girls take part in sex over a three-day period after their first menstruation.

After the tradition was revealed, President Peter Mutharika has now said: “While we must promote positive cultural values and positive socialisation of our children, the president says harmful cultural and traditional practices cannot be accepted in this country.”

Mr Aniva will “further be investigated for exposing the young girls to contracting HIV and further be charged accordingly”.

“All people involved in this malpractice should be held accountable for subjecting their children and women to this despicable evil.

“These horrific practices although done by a few also tarnish the image of the whole nation of Malawi internationally and bring shame to us all.”

Mr Aniva, speaking to the BBC , had said: “Most of those I have slept with are girls, school-going girls. Continue
Source: Mirror