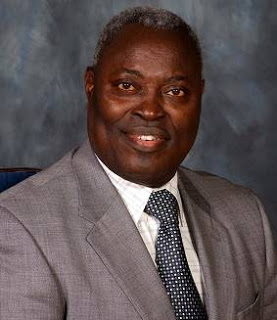 Saul was chosen by the Lord to be king over Israel and as long as he remained obedient to God’s commandments, the kingdom prospered as Israel defeated his enemies. However, immediately after he went into disobedience and feared man more than God, he lost God’s favour, guidance and protection. A young man after God’s heart was about to succeed him.

David had been anointed king in Hebron over the two tribes of Judah. Now the time was ripe to anoint him king over the other 10 tribes which had been under the rulership of King Saul. All the men of war numbering over 300, 000 gathered with only one purpose, to make David king. Even the Levites who ought not to be drafted as they were exempted from military service, also volunteered to fight in David’s army. People are often drawn to a great cause.

The brave and the determined stand out for the attainment of set objectives. The salvation of lost mankind is by far a greater cause; and as believers, we must be brave, determined and faithful to engage in this task. We should not be unmindful of God’s purpose of sending His only Son Jesus Christ to die for the sins of the world. Spiritual blindness caused Israel’s inability to know this. God is about fulfilling His purpose for the church and we need to be awake and be of one heart.

Thought for the day:
A disunited church cannot fight God’s cause.

Bible Reading in one Year: 1 Timothy 1-6

Gorgeous Bella Show Off her Natural Curves As She Steps Out In Skimpy Cloth.

Oh No! Restaurant Owner Is Forced To Eat Cockroach Found In Customer's Food